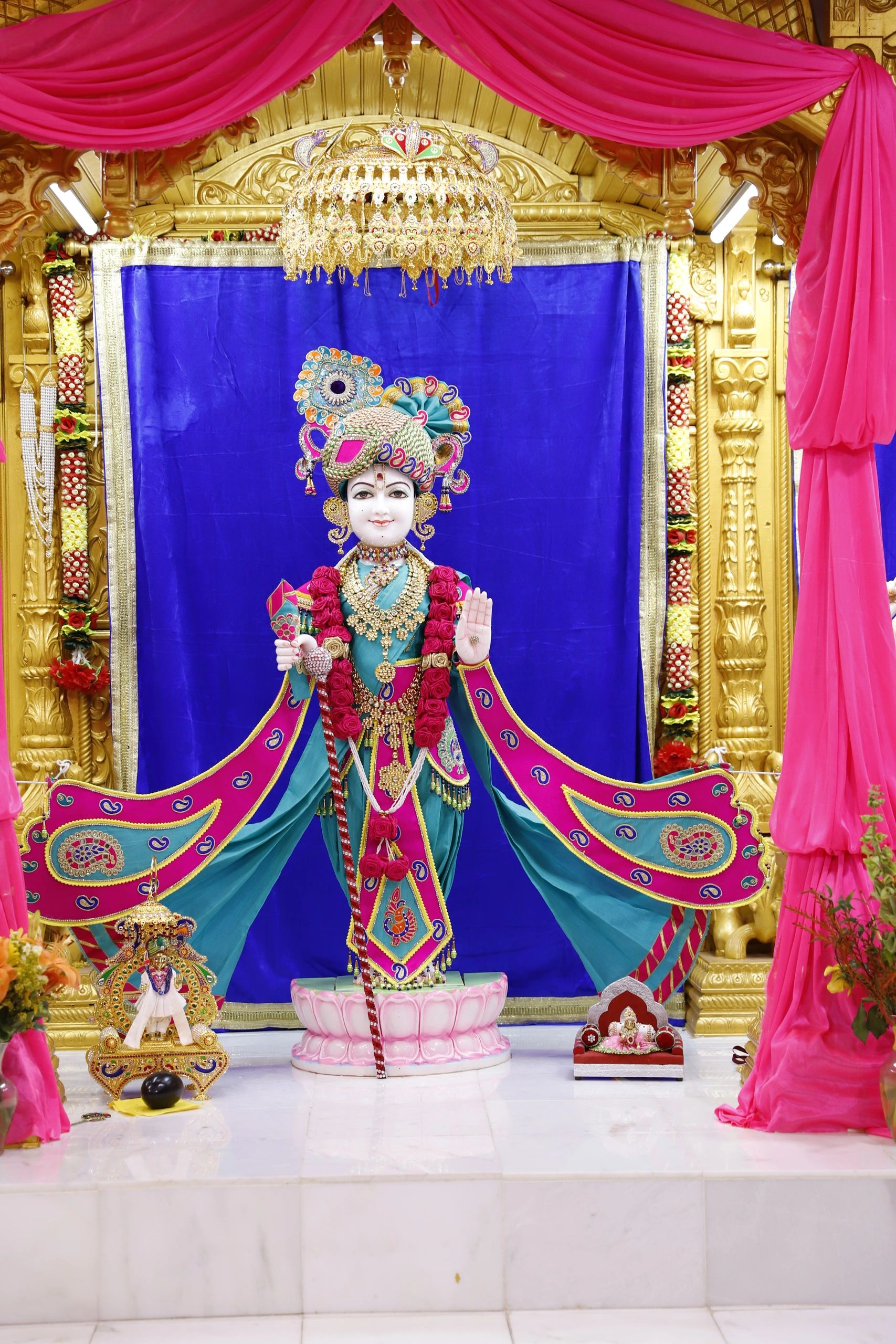 Since its origin, Swaminarayan Hinduism has been noted by its preservation of Gujarati cultural and linguistic traditions, devotion to the personality of Swaminarayan as supreme god, dedication to social service and a strict ethical code including uncompromising segregation of the genders.

The Swaminarayan Sampraday has its roots in the Vedas. It follows the Vaishnava tradition and to its followers represents a form of Hinduism. The faith focuses on salvation through total devotion (or bhakti) to the God developed through virtues (dharma), spiritual wisdom (gnana) and detachment (vairagya). The Swaminarayan Sampraday is devotion-focused and advocates God within the disciplines of virtues. Swaminarayan propagated a philosophy called Vishistadvaita, which says that God is supreme, has a divine form, is the all-doer and is completely independent. He simply stated that souls (jiva) never merge or dissolve into God and neither are they part of God, but are always subservient to God. Redemption consists in the realisation of ekantik dharma, comprising righteousness, right knowledge, detachment and devotion to that God.

The Swaminarayan Sampraday aims to consolidate characters in society, families and individuals by mass motivation and individual attention, through elevating projects for all, irrespective of class, creed, color and country. The organization believes that the hallmark of the Swaminarayan devotee is that he or she devoutly begins the day with pooja and meditation, works or studies honestly, and donates regular hours in serving others. Swaminarayan's lifetime objective for the organisation was to establish a permanent system of achieving the ultimate redemption from the cycle of life and death (aatyantik kalyaan).

Sign up to hear from us about our events.

Your support and contributions will enable us to meet our goals and improve conditions. Your generous donation will fund our mission. Donations are tax exempt.

Drop us a line!

Better yet, see us in person!